A very Happy Winter Solstice to all my readers!
In Britain we are experiencing a particularly cold period with day-time temperatures staying well below zero. The cold weather is pushing a number of Arctic migrant birds south and west into Europe and for the first time in 400 years there is a Solstice total eclipse of the moon in Britain. 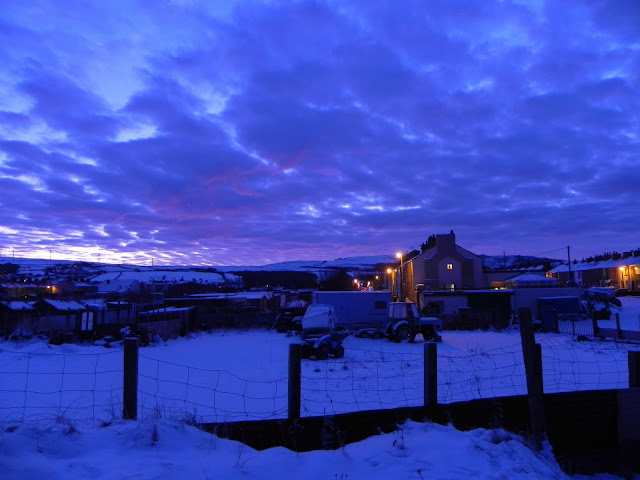 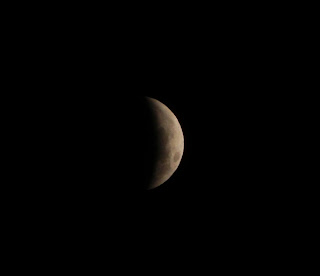 For the first time in 400 years, the Winter Solstice sees a total eclipse of the moon
in Britain. The Earth's shadow is crossing the moon prior to totality, just before sunrise 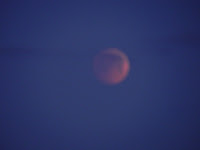 At total eclipse the moon takes on a coppery hue,
but is already setting in the haze of the horizon 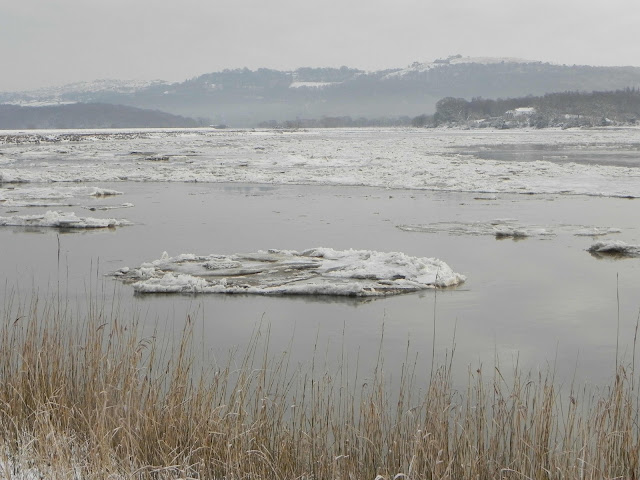 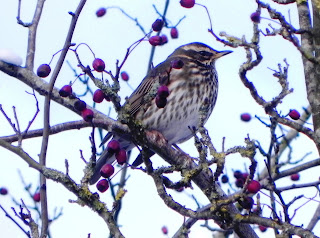 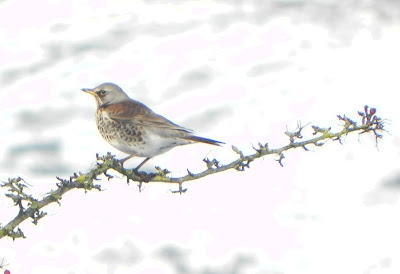 A Fieldfare, possibly south from Lapland 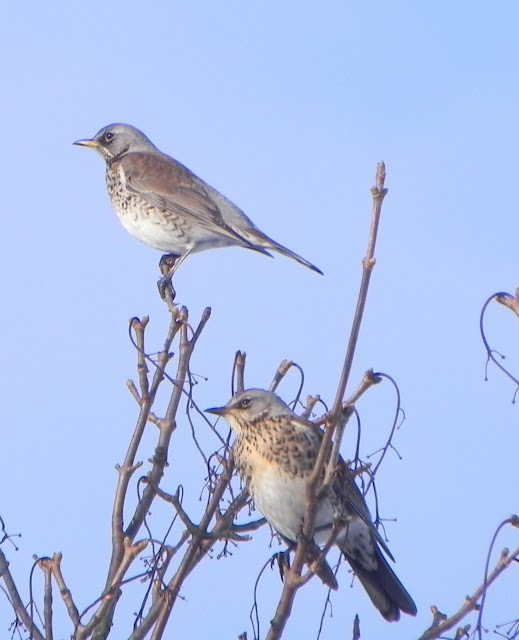 A pair of Fieldfares seek warmth in the weak Solstice sunshine 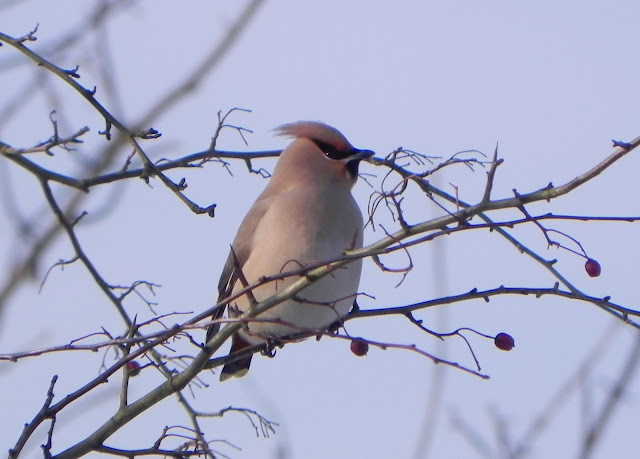 A Waxwing from Bohemia (or further north and east) 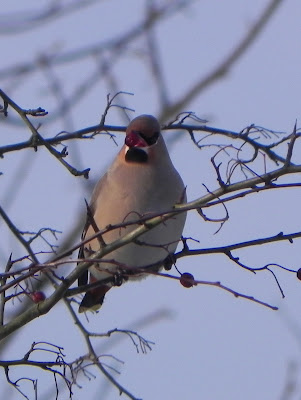 The Waxwing secures a nutritious haw-berry in its bill

From today, the sun commences its sojourn back to the Northern Hemisphere.
I wish you joy in anticipation of warmer, brighter days to come.
Posted by Maalie at 08:28

Maalie
Furness, Cumbria
I live on the shores of the Duddon Estuary at the edge of the Lake District National park in Cumbria, England. *All pictures on my blog are my own except when explicitly stated otherwise*